The Many Friends & Foes of Gundehar. 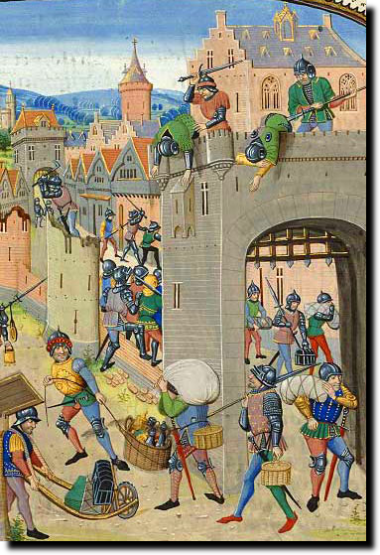 Here's just a few of Kluggman's buddies. He has a lot of them.

If you didn't make the list, cry about it.

The Pike
Kluggmans enemy from our first adventure in the Bannelach. More of an obstacle than anything, and he pulled a magic sword out of his jaw, which was cool.
The Swordhawk & The Vampire
Kluggmans first real opponents. This guy really sucks. The Swordhawk's a really high level Anshwegh fighter, and he can't keep his act together. He's been embarassed at least four times at this point. The Vampire weve barely met, and were probably thankful for that one.
The Twilight King
This guy is really a thorn in our collective asses. He's the ultimate bad guy. Has his (presumably) spindly fingers in every bit of shadow that encroaches into the normal world of Cerilia. Elf-Dog kidnappings, Evil monkey halflings, mountain vacancies. All this guy. Really want to smack him down.
The Sphinx
Hate this dude. Forced himself into the position of Mage of Rheulgard, and turned a bunch of people into cats, including Naaman. What a jerk. Rheulaan Greencloak sent him packing, like a spray bottle full of vinegar.
Friemen
You know what you did.
Tairdo & Akhil
Crawling through a poison wielding goblin infested mountain full of stone seers and wereboars was bad enough. These two just topped the cake of mud. A shitty illusionist (cowardly knocked Kluggan out when challenged with color spray) and a Dwarf-turned goblin (cowered behind an army of goblins when we kicked in her door.) Really unpleasant bunch, glad they're dead.
ANTI-KLUGG
Let's say there were evil doppelgangers of us in the pyramid, we might have had to murder them to get our wish. Not saying this happened or didn't.